♡ all about super junior's cinderella, my ultimate bias kim heechul ♡

he is 178cm (5'10") tall, his blood type is AB, and he has one older sister named kim heejin. he attended sangji university, where he majored as a computer data analyst and minored in english.

heechul joined SM entertainment through the starlight casting system in october of 2002. as a trainee, he was rebellious, and was sent back to his hometown for causing trouble.
however, lee soo man suggested that he try acting instead, so heechul debuted as an actor on 2005.03.06, eight months before debuting as a singer with super junior.

he was originally placed in a group named "four seasons", along with jaejoong, yunho and kangin - however, jaejoong and yunho debuted as tvxq, and heechul and kangin ended up alongside ten other trainees to form super junior 05. 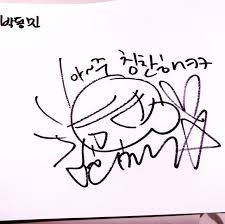 heechul's hobbies include video games and writing poems and fairytales. he likes watching horror movies, and his favourite type of music is rock music. he also likes sad songs. when he was in high school he created two characters named sellectice and karrion; even today, he still draws sellectice in his signature!


here are some iconic heechul videos you should see:

♡ please give a lot of love to heenim, he deserves it ♡
i love all of super junior but heechul is my #1 bias . . whenever
i feel sad i just look at heechul and i become happy again ♡

wanna go back to my homepage ?